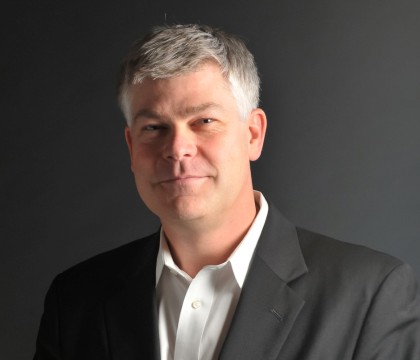 Byron is the President and Principal-in Charge of BSHM Architects. He serves as the executive leader, overseeing operations of both the Columbus and Youngstown, Ohio locations while leading the direction of Design and Planning within the firm. Upon graduating from the University of Cincinnati with a Bachelor of Architecture in 1992, Byron relocated to Columbus, where he and his wife have raised two daughters. He first joined a national firm that specialized in PK-12 educational design. The experience gained there was the foundation that would become a focus of his career. Through the National Council of Architectural Review Board, Byron was eligible and achieved his State of Ohio Architectural licensure in 1995. Today Mr. Manchester is licensed in Ohio and Pennsylvania, with previously held licenses in New York and Massachusetts.

Byron joined BSHM Architects (then known as Ricciuti, Balog & Partners Architects) in 1999 to establish the Columbus office and manage the firm’s educational design in central Ohio, under the mentorship of Paul Ricciuti, FAIA, NCARB and Gary Balog, FAIA. Recognizing that sustainable practices were an inherent in the responsible practice of architecture, Byron earned his accreditation as a LEED Professional in 2005,  Byron has grown the firm’s portfolio with major PK-12, higher education, historic adaptive re-use and multi-family, commercial and retail projects.

In the past 20+ years at BSHM, Byron has been working to understand the incredibly complex nature of the built environment’s impact upon the human conditions of health and well-being within our communities. He is recognized for a keen design sensitivity, inclusive management skills and thorough Educational Planning abilities. These traits have earned the trust of many long term clients. Barnes and Noble and Payless Shoe Stores; Ohio Wesleyan, Muskingum University, The Ohio State University, and The College of Wooster are examples of satisfied clients. Most notably, Byron has worked with three past superintendents to maintain and improve facilities in the Wooster City School District over the past 23 years. He has led various teams for four major Columbus City School buildings over eight years, six buildings for the Johnstown Monroe School District, a PK-12 academic and athletics campus for Orrville City Schools, and most recently the new 265,000 SF Licking Heights High School, designed and constructed within two years.

Byron’s mission is to perpetuate the company’s established culture of empathy, compassion and service to community. He accomplishes this though client, staff and project management, planning and design.