Constructed in 1924, this three-story, former five and dime department store sat vacant for decades. As an indication of their continued commitment to the Economic Revival of the Central Business District in Youngstown, BSHM Architects relocated their design studio from an adjacent office tower to the vacant building’s third floor. Part of a National Historic Multiple Resources District, the building was noted for its ornate terra cotta detailing. The exterior was rehabilitated and the first floor’s 1970’s storefront was replaced with a metal, glass and granite panel infill, which took its modular cues from the datum of the existing terra cotta panels.The “Z-shaped” existing floor plan wrapped around the adjacent office tower, fronting streets to the south and east, and a lightwell to the west. The majority of the south core section is unfenestrated. The new parti was developed by creating a circulation spine that connected the existing freight elevator shaft and existing columns. Off of this oblique armature, studios and offices are organized orthogonal to the exterior walls, creating a hierarchy of work areas.The existing surfaces (brick, terra cotta tile, concrete) were retained. Inexpensive drywall and glass partitions and casework were inserted as discrete objects creating anchors on each end of the central open studio space. This allows daylight from the predominantly glazed west walls to penetrate the entire space. Mechanical and electrical systems are exposed; detailing is simple, utilitarian, and crafted well. The preservation of the exposed surfaces, including old graffiti from generations of stockboys, elevates the commonplace to a sense of history. 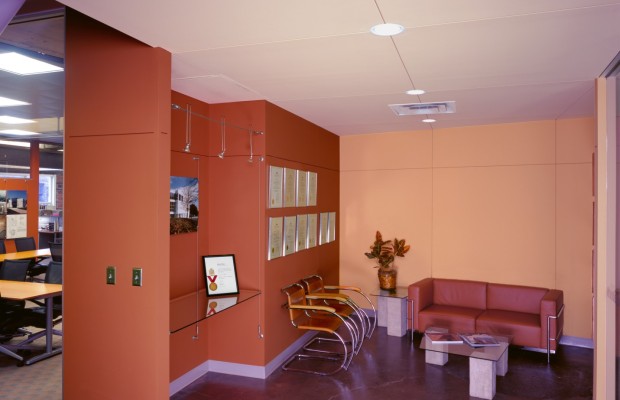 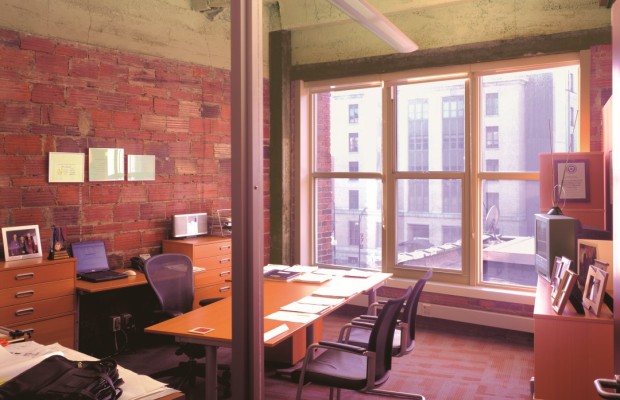 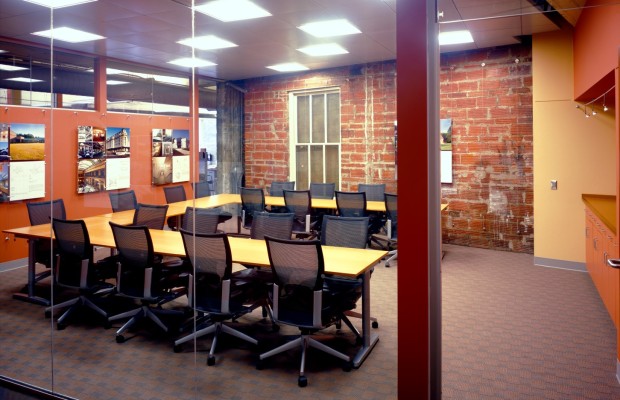 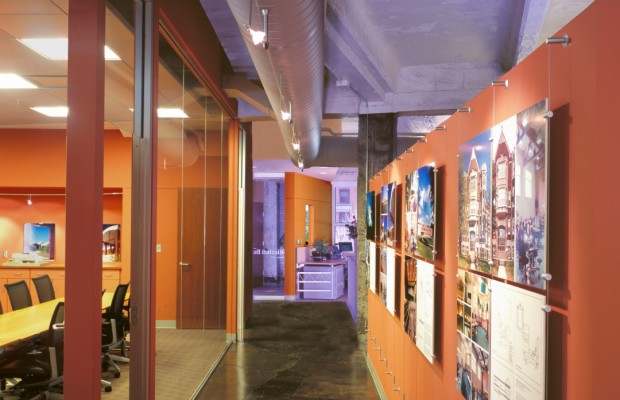 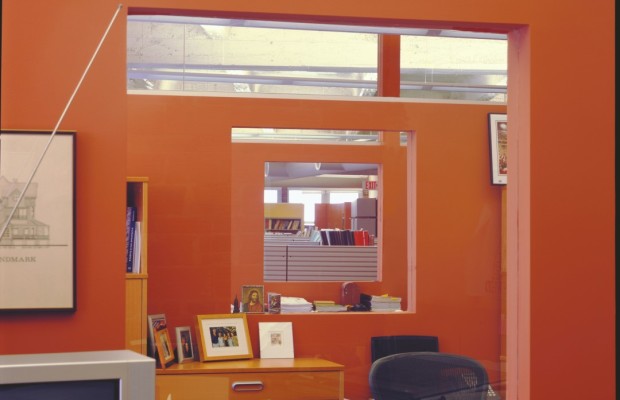 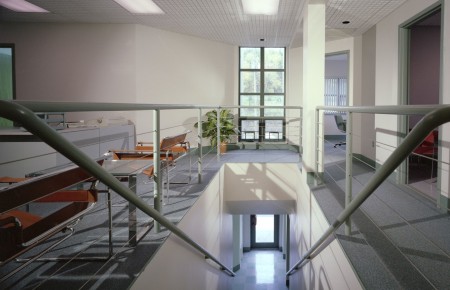